I had heard lots about this book, and that it was a great high fantasy novel that is perfect for fantasy fans. Heck, it even says “perfect for fans of Leigh Bardugo” on the back – and you know I’m a huge Bardugo fan. However, I just think this book wasn’t for me. It took me forever to read, and I found myself not wanting to read it before bed which is bizarre for me. But hey, I suppose I can’t love every book I read!

In Brigant, Princess Catherine prepares to marry a man she’s never met while her true love, Ambrose, faces the executioners block. In Calidor, downtrodden servant March seeks revenge on the prince who betrayed his people. In Pitoria, Edyon stands at a crossroads: family and fortune one way; destruction, the other. And in the barren northern territories, Tash is facing her demons – literally.
As the kingdoms’ alliances shift and shatter, these five young people find their futures inextricably linked by a mysterious bottle of demon smoke, and the unpredictable tides of war. Who will rise, who will fall, and who will unlock the secrets of the smoke?

As you know, I love a good book map, it helps me when I check from time to time to see how the characters are progressing, and how far they’ve travelled.There was a map inside the front pages. However, this was quite a disappointing one, as everything looked very bunched together. I love seeing impressive maps, and this one just let me down.

The majority of The Smoke Thieves is spent with characters walking, riding, or sailing to other places. The amount of times characters stopped to get provisions for the ‘long journey ahead’ was astonishing – it seemed like every break in the action was for Edyon to gather more ham and cheese, or for Tash to get bread for the road, or for March to get more clothes and more water and a pony, and more bloody food. It got old very quickly. I know lots of high fantasy is spent with characters travelling, and of course we need to see them get their provisions but…this often? It became tedious and with me wanting to see the characters finally finish their journeys.

My favourite character was Tash, and her chapters were actually quite good fun. She’s an energetic young girl, driven by her love of boots and her fondness from being away from her past. Tash is fast, and regularly outruns demons with the assistance of her work partner, Gravell, who is a demon hunter and trades the rare but illegal smoke that they produce. Her chapters were great, and when she does meet some of the other characters in the book she is sly, untrusting and full of confidence, which only makes her more likeable. The demons were fascinating actually, with quite ambiguous descriptions that led me to believe they looked humanlike – perhaps the demons are humans that have lost their way? They were interesting and curious creatures!

This can’t be said for the other characters. Ambrose was unlikeable and far too righteous for my liking, and Catherine was pretty much your typical princess; betrothed to a prince from another region and in love with her royal guard. Their romance was every bit Disney perfect – they were in love at first sight which of course means everything. March was dull and a firm follower with no personality of his own – which meant he was just there most of the time hanging around. Edyon started off quite likeable, but just became more and more an irritating character who, of course, fell in love with March immediately. There was too much insta-love in this, despite it hardly being acted on. Characters only had to witness another person and that was it.

The background characters weren’t much better, and when they were they were dispatched almost instantly. There was a character who I really enjoyed whenever he was on the page, only for him to die at the end and not even get to say a final word. Ugh. There was also a few repetitive sayings – I lost track of how many times they said ”sheriff’s men’, and the word sheriff just seemed to jar with me along with the rest of the world. Not quite sure why but I felt like it didn’t flow with the world I was meant to be reading. I just think this was a bit too regal for me, and far too much planning, not enough doing.

Final thought: A tedious travel through the world of The Smoke Thieves. 2/5 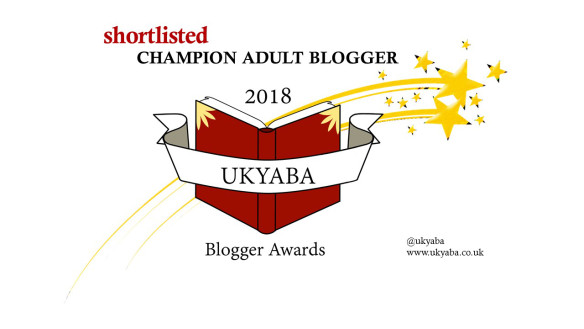